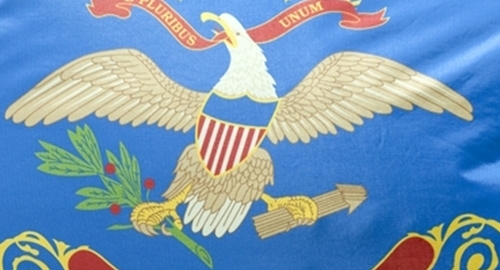 The national unemployment rate may sit around 6 to 7 percent these days, but some Midwestern companies are facing a worker shortage.

States like Iowa and North Dakota may not be as densely populated as California, but they have many more jobs to go around. In Bismarck, North Dakota, the city’s unemployment rate is 2.3 percent, according to the Bureau of Labor Statistics.

The small community of Ames, Iowa was ranked third on the BLS’ list of cities with the lowest unemployment rate in 2013. In Ames, only 2.7 percent of the community’s 51,000 workers have been unable to find a job.

“For several years, the unemployment rate in our community has floated around 2 [percent],” Kelvin Hullet, president of the Bismarck-Mandan Chamber of Commerce told Forbes Magazine. “Bismarck-Mandan and North Dakota were well positioned coming out of the 2008 downturn as our state had limited exposure to sub-prime mortgages and home values that were stable and market driven.”

That means that out of a population of 59,000 residents, only 1,300 of them are looking to find a place to work. HR software solutions are commonly used to make the best picks out of a large applicant pool, but it can also benefit from a smaller collection of job seekers because the same goal to hire employees faster applies.

Bismarck’s stronger economy has a lot to do with the fact that industries across many markets are hiring. Whether it is in construction, manufacturing or health care services, these employers are looking for extra hands. Fargo, North Dakota’s largest city, has an unemployment rate of 2.6 percent

HR software solutions can also be a beneficial resource in states that are not bouncing back as well from the last recession. Because these filters allow human resources departments to identify applicants with high-quality resumes, follow up can be limited to the most qualified candidates.

This program may help the problem in California, where the unemployment rate remains high, particularly in certain areas. El Centro and Merced, for example, have rates of 23.8 and 13.6 percent respectively. This may come as a shock due to the fact that Silicon Valley companies are paving the way for many industries, but it doesn’t change the fact that the Golden State simply doesn’t have enough work to go around.

Hiring managers in California may know that there is a problem in the local job market, but may not be aware that there are resources available to facilitate interview and hiring procedures.