What HR software solutions can do to promote the ‘New Creativity’ 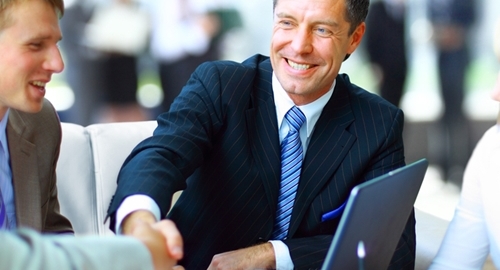 Time and again, businesses find themselves in the position of experiencing a gender gap. It may not be part of a conscious effort to shape the work environment, but some companies simply find themselves with too many males or females in a particular department .

Recently, AdWeek contributor Cindy Gallop wrote a piece about the male-to-female disparity among advertising agencies. This ongoing problem may actually cause more harm to agencies because the industry is “failing to tap a huge source of creativity.”

“Men feel more comfortable working with, hiring, promoting and co-founding agencies with other men, and they do this unconsciously,” Gallop wrote. “Working with/hiring/promoting/co-founding with women is uncomfortable—because we’re ‘other.'”

As the advertising industry is becoming more digital, it is likely that many of these advertising houses will experience a hiring spree in 2014. Instead of staying within the status quo, make the most out of HR software solutions to recruit additional female candidates.

Historically, the advertising market is known to be a white-male predominant business, but in the 21st century it may be time to consider Gallop’s “New Creativity” hiring strategy. This approach may drive revenue in 2014, during a time when strategies are changing faster than ever.

“Applying female-informed perspectives to redesign the way our industry works and makes money and creates a happier, more creative and more productive working environment for all of us,” she added.

Implementing “New Creativity” at your agency is going to require a thorough search for qualified female candidates. Consider looking within the company’s HR software first to see who may be worth adding to the project management or creative departments. If it turns out that there are no candidates who may fit higher-level openings, be prepared to scour the internet.

Working toward the “New Creativity” may be difficult at first because Gallop recommends hiring at least three women per department — any less than that may not be effective enough. Women employees who are working alone or with one other person may not have a strong enough voice in a sea of men or readapt their behaviors to comply with their male counterparts.

However, it is also important to remember that hiring a woman just on the fact that she is a female will be counter-productive to the agency’s cause. Hiring managers who take the time to find the best candidates are likely going to bring the largest return on their investment in new personnel.