HR software can help find a company a new CEO 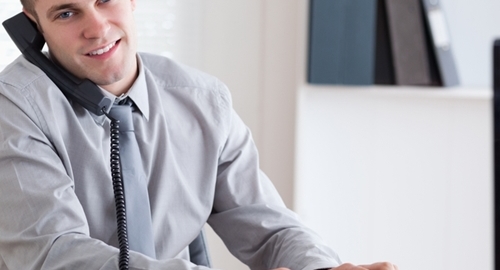 Companies in many work sectors are beginning to look for additional employees as the economy improves, but many organizations are also witnessing a shift at the executive level.

The days of yesterday’s CEO may be on their way out, as 2013 has shown a higher turnover rate of chief executive officers (CEOs) for the first time in two years, according to Bloomberg. Whether the head of the business is retiring, voluntarily resigning or changing ventures, it is clear that human resources departments will need help from HR software solutions to find a qualified executive.

In fact, this widespread issue is affecting companies of all sizes. Out of Standard and Poor’s 500 list, about 43 businesses are training a new CEO or are scrambling to look for a new leader who would want to join the team. By the end of the year, CEO turnover is expected to surpass 2011’s high of 49 changes.

“Companies in every industry are dealing with a new digital world where sales happen differently, the consumer is reached differently and products have to be made and moved around the world in a new way,” consultant Bob Benson of RL Benson and Associates, told Bloomberg. “CEOs who don’t have a digital orientation are worried.”

Previously, upward mobility would happen within the company. An employee who worked in one department would slowly make his or her way up the ranks, but now that CEOs have to “master a broader range of skills than in the past,” Bloomberg contributors Jeff Green and Carol Hymowitz explain that finding a CEO fit for the job is going to be a difficult task.

For example, Wal-Mart’s Mike Duke, who has been the retailer’s CEO since 2009 will be replaced by Doug McMillion, who was in the international business department. On the other hand, Burberry’s Angela Ahrendts is leaving her post as CEO to join Apple as retail chief.

Michael Useem, director of the Center for Leadership and Change Management at the University of Pennsylvania’s Wharton School of Business, told Bloomberg that a digital shift has greatly contributed to the turnover.

“CEOs today have to think about where smartphones and the Internet are going, which no one had to do before,” Useem said. “So you need leaders with the intellectual firepower to master new things who can also figure out how to grow huge global organizations.”

HR software solutions can help hiring managers look for prospective senior staff members or CEOs. However, it is not impossible if hiring managers use specific filters to weed out those who may not be the best leader for the business. This program can expedite the initial search process.