How companies can help employees balance work and family goals 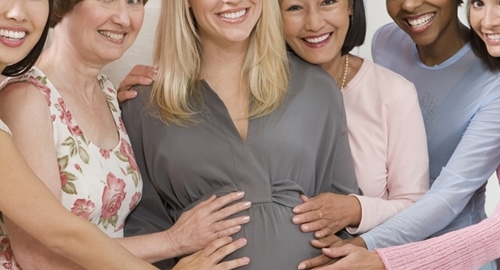 In the United States and other developed nations, the work dynamic has greatly changed. The “one full-time employee and one stay-at-home parent” model is not as feasible as it once was, which has caused many professionals to change their plans to have a children. Research from the University of Pennsylvania’s Wharton School of Business shows that plans to have kids have dropped by half for men and women.

Data between 1992 and 2012 graduates says it all. About 79 percent of female students said that they planned on having children in 1992, whereas 41 percent said the same in 2012, and the shift is almost identical for men. Part of this has to do with the fact that “external pressures make having both a successful career and a child seem impossible,” Harvard Business Review contributor Stew Friedman writes.

Friedman adds that “the stigma and real-world negative consequences” make it harder for working-age adults to become parents. Those who choose to have children may end up hurting their chances of getting future projects and promotions.

These issues serve as one of many “elephants in the room,” and the only way businesses can combat these cyclical concerns is if employers consider taking action against them.

By allowing corporate America to continue viewing parenthood this way, the birth rate in the United States may drop lower than the Centers for Disease Control and Prevention’s recommended replacement rate of 2.10 children per woman—Wharton’s data found that the 2012 graduates plan on having 1.7. While a declining birth rate could have negative consequences for the broader economy, companies can also suffer when their employees are unable to achieve a balance between their work responsibilities and family life.

Friedman explains how to combat this concern in his HBR article, but here are a few of the issues that directly apply to human resources and administration departments. If changes are made, the organization’s HR software should be updated with these clauses, allowing all workers to have access to this information.

The Family and Medical Leave Act (FMLA) currently requires “all public agencies, all public and private elementary and secondary schools, and companies with 50 or more employees” to provide new parents up to 12 weeks off after the birth or adoption of a child, but when only 11 percent of companies offer paid leave, many new parents are unable to take advantage of the entire time frame, HBR reported. On top of that, fathers who want to be a part of the experience may feel pressure not to take FMLA leave.

Furthermore, according to HBR, FMLA requirements still leave 40 percent of working adults out of the picture. Human resources professionals may want to consider creating a plan that encourages the opportunity to have children, rather than placing a limit on it.

The cost of child care

American families are paying more than any other developed nation on day care. The price of child care has doubled since the 1980s, further encouraging parents-to-be to opt for raising one child instead of having two or more.

Some businesses may offer an in-house day care center to alleviate the cost of placing children in similar programs, but a majority of organizations are unable to implement this type of program.

Allowing employees to develop a sound balance between their professional and personal goals is essential for maintaining an engaged and productive workforce. Regardless of which specific actions a company takes to help improve its employees’ work-life balance, HR software solutions can help ensure that relevant information is accessible.