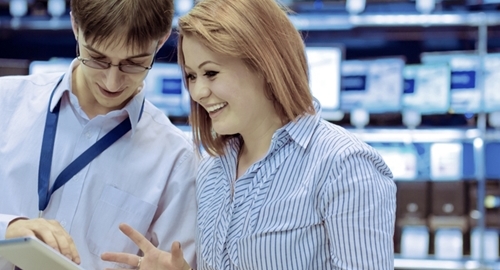 After seeing signs that the American economy would end 2013 on a strong note, many economists were left scratching their heads when the latest jobs report showed that businesses only added 74,000 jobs in December. Several consecutive reports had reflected better-than-expected hiring figures among employers, but now analysts are beginning to question the outlook for the future.

The Bureau of Labor Statistics collects information at the middle of the month, which means its report does not take into account the last two weeks of December. According to outplacement firm Challenger, Gray & Christmas Inc., this was a critical gap, as these weeks saw the creation of 176,500 jobs.

The firm’s CEO, John Challenger, told NASDAQ that despite uncertainty left over from the government shutdown, flat wages and underemployed Americans, growth soared in the retail sector, where employers added 63 percent more jobs, compared to the same month in 2012.

Although holiday hiring experienced a 14-year high, many of these retailers may now be in the process of laying off many of these seasonal hires. Macy’s for example, hired over 83,000 workers, but at least 2,500 of them will be out of work by the end of January, the Los Angeles Times reported.

Part of this is due to the fact hat sales fell slightly below the National Retail Federation’s expectation for the 2013 season, while organizations may also be feeling the pressure of the Affordable Care Act to offer health care coverage to full-time employees.

Businesses that utilized HR software solutions during their hiring sprees are likely to have an easier time readjusting payroll and clock-in systems. Otherwise, deleting and adding employee information may take up more time than expected.

Overall, the retail industry did not do as bad as it may have. Retailers were predicted to have 3.9 percent sales growth, but stores only saw a 3.8 increase. With the pressures of a shorter holiday shopping season and winter weather all over the United States, many may have predicted worse results.

Taking into account the significant growth of e-commerce sales, which went up 9.3 percent to $95.7 billion, it seems as if decisions to lay off or keep holiday hires could remain up in the air until the end of the month.